You are here: Home / 2019 Speaker / Panel From the Donor Perspective: Understanding Expectations
Share this:

Melissa von Stade is a fundraising consultant in Princeton, NJ with over 30 years of experience serving nonprofits. Currently she is providing counsel to several leadership organizations in Princeton, NJ including Stuart Country Day School, Trinity Counseling Service, the Princeton Library Foundation, and Young Audiences of New Jersey and Eastern Pennsylvania in addition to other nonprofits in the region. From 2013 to 2018, Melissa served as the Assistant Head for Development at The Peddie School and focused her efforts on preparing the School for a $100M campaign and on  building annual fund receipts. Prior to Peddie, Melissa worked at the University of Pennsylvania as Assistant Dean for Advancement, Alumni Affairs and Communications at the School of Veterinary Medicine and Director of Development for the Morris Arboretum.  Prior to working at UPENN, Melissa served as Vice President of the Wayland Group, as a consultant to over 45 nonprofits in New England.  Melissa began her career at Harvard University and served in several roles from 1983 to 1993. Melissa taught a graduate seminar at Radcliffe University on fundraising beyond the Annual Fund and she served as the 2017 Conference Chair of the CASE NAIS conference in Austin, TX.

Rupert A. Hall Jr. is the Servant Pastor of Turning Point United Methodist Church where he seeks to make the Gospels relevant in the Urban Context. He is a graduate of the Wharton School of the University of Pennsylvania and the Rutgers University School of Law. He is currently enrolled in the Garrett Evangelical Theological Seminary in Evanston Illinois. Prior to being a minister of the Gospel, Pastor Hall was a commercial banker and practiced real estate and banking law. He currently serves on the Board of Trustees of the Kingsbury Towers an affordable and moderate housing development in the City of Trenton and has served on the Board of Trustees of the Greater New Jersey Annual Conference of the United Methodist Church and as Coordinator for the Conference Caucus of Black Methodists for Church Renewal.

Dennis has been practicing law in various capacities for over 50 years. During that time he has worked on Wall Street in private practice, for the federal government as an assistant United States attorney for the Southern District of New York, for the state government as a special assistant to two governors and the Atty. Gen. and counseled director of the Division of Narcotic and Drug Control in the Department of Health. While in federal and state service he was concerned with both substance abuse and prisons. He also helped evaluate the regulation of Recombinant DNA Research in New Jersey and acted as Counsel to the Commission studying the causes of the Trenton water crisis for the Commissioner of Environmental Protection. He visited all of the state’s major prisons and a good number of state and local treatment programs and served as the Governor’s Representative to the Delaware Valley Regional Planning Commission.

Upon returning to private practice he was involved in numerous nonprofits as a board member. Among them were the Red Cross, Planned Parenthood, the Princeton Bar Association, the Association for the Advancement of the Mentally Handicapped and the Bedens Brook Club.

He has just rotated off the board of the Westrick Music Academy (formerly known as the Princeton Girlchoir).  He currently serves on the boards of S A V E, A Friend to Homeless Animals, Minding Our Business, and the Montgomery/Rocky Hill Rotary Club.

These experiences have allowed him to view the operations of both new and well-established boards of directors/trustees and to assess the strengths and weaknesses of various styles of nonprofit governance. On this panel he will endeavor to assist donors in evaluating a nonprofit organization for its stability and fitness when considering a donation.

PCW - You are all wonderful AND amazing! Great conference everyone! Thank you to all our volunteers! It takes a village!
See our listing of dedicated volunteers who helped make the three-day conference a success.!

You are all wonderful AND amazing! Great conference everyone! Thank you to all our volunteers! It takes a village! See our listing of dedicated volunteers who helped make the three-day conference a success.! 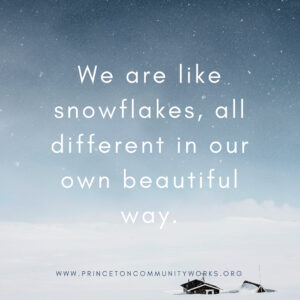